Well so far my reformed approach to portion control hasn’t been awful.

I’ve been drinking the recommended volume of water, and becoming intimately familiar with visiting the toilet as a consequence. If someone asked me how I feel today the only (flippant) answer I could provide is ‘flushed.’

Last night (as planned) I started weighing things. One of the tips from the group that I picked up on was that a fry light lid contained roughly the 35g of allowed ‘healthy extra’ oats that I’m allowed to have, so I decided to test it. It turns out they’re right.

The lid itself weighs 6g – so all in all I can’t have much in the way of oats. Compared to what I might’ve eaten in the past this is probably about 10-15 times smaller, but maybe half what i’d been guesstimating was 35g since I started SW.

Strangely this didn’t annoy me. At least I know now, and I can begin to work with what’s considered a ‘regular’ amount and begin to get used to it.

I had this (and the water) for my evening meal last night while I watched ‘X-Men: Days of Future Past – The Rogue Cut’.

I’ve seen the film before – but not the special edition with the additional Anna Paquin footage, which in my view added a lot to the third act and really shouldn’t have ended up on the cutting room floor when it was at the cinema. It was a travesty – and some cool bits with Magneto and some Sentinels also went to waste.

This was in preparation for ‘X-Men: Apocalypse’ today. But more of that in a moment.

The day started as I meant it to continue. Breakfast with speed and portion control.

I woke up and looked at the SW website for some inspiration, and also at the Facebook group that Angie has set up. Staring me in the face was a really nice looking BLT sandwich, and I decided that this was how the day would start.

Once the business of breakfast and pill taking was done it was off to the flicks to meet Pete and Yuni. They were already there when I arrived and had picked up the (premium) pre-booked tickets. We strolled in to sit down and quietly chatted as we waited for the film to start.

The first thing that immediately struck me was the unusually large amount of premium seat legroom in that particular screen. I could extend my legs fully and was only just able to touch the seat in front.

Although then I noticed that the other seats in front were almost level to mine. I clocked this primarily because a harlem globetrotter sized monster of a man sat in the sat in front of me, and subjected me to the fluffy tuft of his crown underneath Jennifer Lawrence for the duration of the film.

On the bright side I’m sure he has no lower back issues because the f$%&*r sat bolt upright for the entire movie despite his massive legroom and ability to slump.

Still, on the plus side the film was absolutely excellent – and it was actually a pretty good story. It also didn’t (like the ‘first class’ movie that preceded it) play too fast and loose with characters that are beloved by fans of the comics.

There were a couple of plot holes, but nothing to spoil the enjoyment. Probably one of the best Marvel films I’ve watched lately if I’m honest!

I couldn’t help feeling as I left however that I was being watched…. 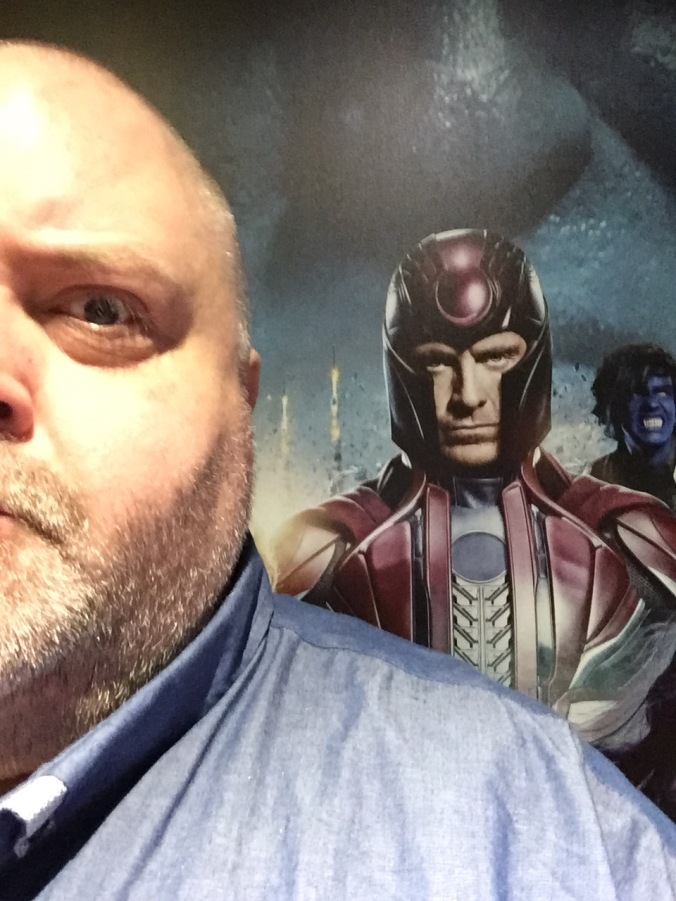 Once I’d shaken off Michael Fassbender we realised it was well past lunch time and decided to head off to the pub for a drink and a bite to eat.

Thankfully we were on the same page and Pete was also in the mood for a salad. I’d not had the chicken caesar at the Bear in the Spa before today, but as I was checking out the menu on the door before going in a lady randomly remarked that it was absolutely lovely, so I thought I’d give it a go.

It seems that their secret is Paprika salt – which was scattered around the plate, and added nice little ‘zing’ to a familiar dish.

I’m getting some asap!

Eating out also allowed me to have a lunch that was an appropriate size and I ‘syned‘ the Parmesan shavings and the croutons – which I guesstimate (I can’t measure in a pub sadly) came to about 5/6 in total.

And the water. I didn’t forget the water!!!

Well sort of. I had a pot of tea and a coffee in the pub and huge glass of water when i got home, but it still counts!!!

So the question is how do I feel at the moment?

I went to visit my friend yesterday evening and we discussed the whole issue of portion sizes and hunger – and truthfully I’m a bit lost on this subject.

I’m so used to impulse eating that I’m very unsure most of the time whether I’m eating because I’m bored or because I’m genuinely hungry.

I really don’t trust my ability to judge this – so I’m trying to ignore all thoughts about anything outside of what I’m allowing myself for main meals.

I sort of feel hungry at the moment – but then I’m also aware that I’m a bit fidgety and wondering what to do this evening. Filling time with eating or drinking is an easy way to divert myself, but it also leads me to be very confused about actually why I’m REALLY doing what I’m doing.

One thing I do know though is that today I’m not avoiding anything, and because of that (even if I do feel a bit hungry) I’m also feeling a little proud of myself for confronting what was scaring me, so honestly it’s been a good day.

Not sure what to do with my Sunday evening though…

In respect of the memory of Sgt Dwayne Johnson (before his untimely death in the events of Halo3) I’ll probably shoot some space aliens.

They really do deserve it. The bastards. 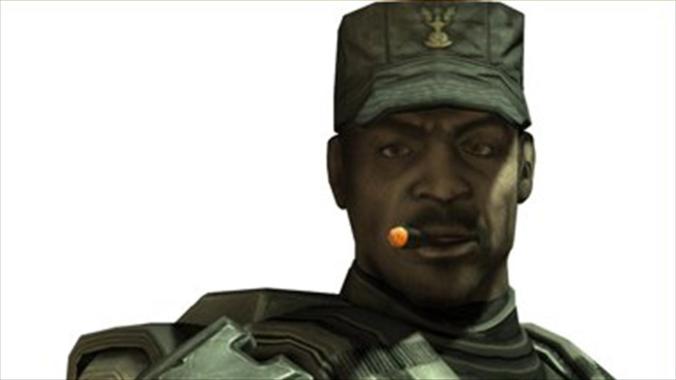 Johnson put his perspective on this pastime very eloquently in Halo 3. I’m sure we can all take a quiet moment with the Sgt’s words to remember his insightful wisdom on the subject of human/alien relations, and ensure his death wasn’t in vain by carrying on his legacy:

SGT. JOHNSON (as the dropships approach the outskirts of New Mombasa):

Dear Humanity… we regret being alien bastards. We regret coming to Earth.

Inside the cockpit of the lead Pelican, Johnson leans against the bulkhead behind the two pilots.

And we most definitely regret that the Corps just blew up our raggedy-ass fleet!

And while I’m doing this I’ll drink water internet. I wont’t forget the water!!!!

5 thoughts on “And the water!”