The other day my friend started laughing at the sight of me. It hadn’t been long since I’d seen him last – but clearly it was long enough to provoke a reaction.

He’d come over so that we could both go to the cinema to see Kong – Skull Island in 3D. It turned out to be just what I needed during the middle of a stressful week. A giant gorilla stomping through a land of teeny tiny things and smashing other big things was quite invigorating and I’d recommend it to anyone that likes a good monster movie.

There are PLENTY of crap ones out there, and this is not one of them. 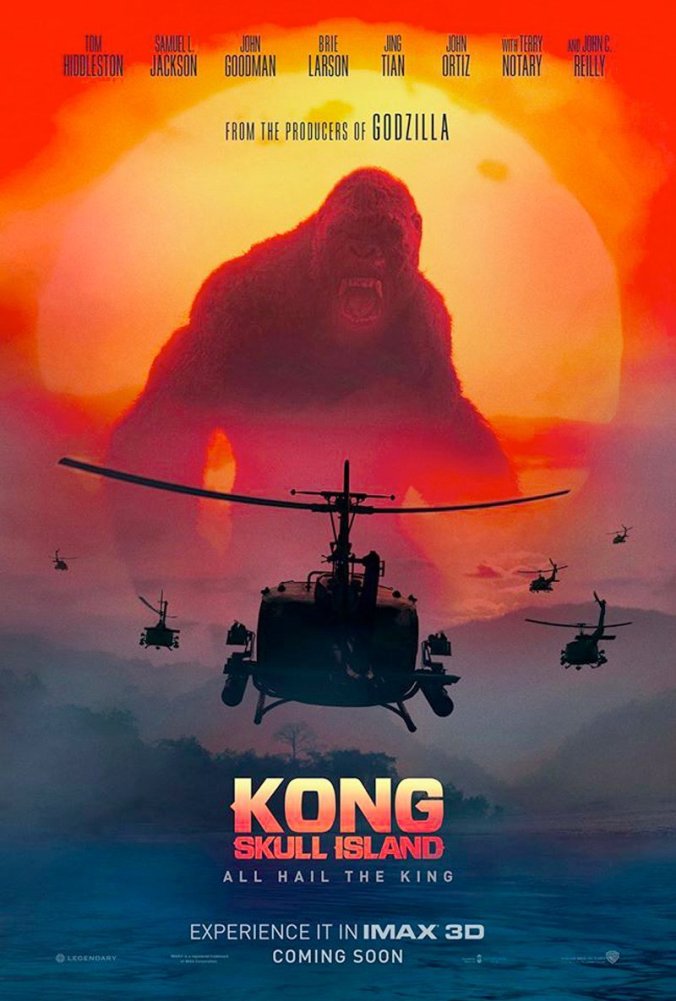 My friend though was perhaps expecting a different kind of large primate when he arrived at my house.

‘I’ve got to stand in the hall. I can’t stop laughing.’ he said as I stood in the kitchen.

I looked at my tee-shirt and my trousers. Had I spilled something down myself without noticing? He was staring at me in the hall laughing quietly and covering his mouth with the back of his hand, in which which he held a chunky striped scarf.

‘I’ve never seen you so small!’ he said, looking me up and down.

It was true – although until he said it I’d never realised that was the case. I first met him in December 2000, and by that time I was busy packing on the pounds after a bad relationship breakup. Now I stood before him as someone quite different.

This moment stuck in my mind as we walked to the cinema that night (I specifically suggested we didn’t drive) and to a greater or lesser extent it’s been with me ever since.

I used to hate the way that people looked at me. In much the same way as I assume women get annoyed by men who can’t seem to avert their eyes from bosoms I have always found gazes lingered on my stomach, and sometimes never left. Children were even worse.

On a stroll last night a female friend of mine (while I walked in front on a narrow path) said ‘you look so much thinner from behind!’ I jokingly pointed out to her that she’d just admitted that she was checking out my ass – and we laughed at the silliness of the moment – but again it lodged in my mind.

As I exercised in my lunch hour today I was thinking about both events and I realised that the demographic of people whose eyes linger the most has radically changed. It used to be people that didn’t know me who would unashamedly stare.

Those that were familiar with my shape would usually be kind enough not to. They would instead steadfastly maintain eye contact, which was sometimes almost as noticeable.

Now it’s flipped on its head. The people I know are now continually looking me up and down – as if they’re watching for the next instalment of a soap opera and want to see what happens next.

People I don’t know no longer seem notice me, and I appear to be largely anonymous. I used to hate the looks I got on the street – but I don’t seem to get them at all any more.

Now I only get stares good reasons – and it’s really great. It keeps me motivated and on point – and this week I’ve been a man on a mission.

For some time now I’ve been walking (as a rough average) around 35-40 miles a week. This usually means general everyday movement from A to B mixed up with some exercise themed brisk marches.

However on Monday when I was walking my stress off (and just couldn’t seem to stop all day long) I wondered whether I could now achieve 70 miles in a week. Why not see if I could just double it? What would happen to my weight loss in a week if I did?

We will have to see. This week my eating has been pretty darn good and so has my activity.

So far since my weigh in last week (from a walking perspective) this is what I’ve been up to.

Today so far (it’s 6pm on Friday) I’m already at 5.37 miles and shortly I’m going out for dinner with a friend. It’s approximately a 6.2 mile circular walk to the local Harvester (where they have unlimited salad for £3.99!!!) which should take me to around 11.5 miles.

That means I’ll have – for the first time in my life – managed (approximately) 70 miles in a week!

It makes me wonder what I could really do in seven days now if I put my mind to it and did absolutely nothing else. How far could I get and if I did, where would I go? Would it bore me to death or would I enjoy it?

2 thoughts on “Checking out my ass”