It seemed to me that as the the sentence left her mouth it hung in the air for a moment, becoming in an instant a fully formed image in my head.

I had to stop talking and write it down.

‘I’m stealing that.’ I said matter of factly, verbally planting my colonial flag in it and adding it to a note on my phone.

It was a perfect way to describe her (she’s very self aware) and I kicked myself for never having that combination of words in my mind prior to her casually placing them there.

They were just right.

I’ve been thinking about them all day, and as if the weather had a sense of guilt (and felt it needed to make up for yesterday’s endless cloud in Malvern) the world has in a very literal sense been very colourful and bright. 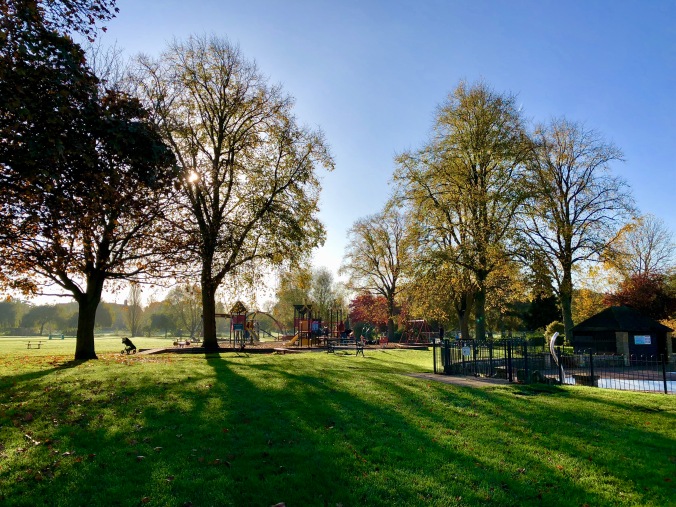 She could be visually capable of over saturating an image in her mind and interpreting the world in a candy cane symphony of bright primary colours – but there’s more to it than that.

In her case ‘seeing’ is instead a metaphor for feeling – and that’s how I suspect she perceives and interprets colour when she describes herself this way.

It’s a flood of emotion that she’s describing – felt with every colour of the rainbow and none of it is classified as good or bad. It’s simply a feeling – and valid purely because it exists.

I’ve realised on the course of my ‘journey’ that (without actually realising I was doing it) that I didn’t always do this, and this behaviour was almost as bad for my health as the crap that I drank and ate.

I saw the world in black and white and often felt in shades of grey compared to who I am now.

So many of us are used to suppressing who we are, and for many (often very valid) reasons feel we need to always appear strong, in control, to demonstrate leadership or simply feel that we can’t falter because of the responsibility we feel to others.

We may not even consciously notice that we do it anymore if we’ve done it for years. It’s just ‘who we are’.

Often though (and certainly in my case) it’s a self imposed and self punishing method of beating ourselves up because we feel that somehow admitting we’re in pain or aren’t coping is evidence of failure.

We often think that not only will people look down on us if they learn the truth that we’re not perfect – but that ‘failing’ and allowing ourselves to break down occasionally will also finally confirm to ourselves our own worst suspicion.

That we’re somehow ‘not good enough’

My life is so much better since I started to embrace my sadness in the same way that I embrace my joy. It’s just as valid (if not more so) and we bury pain at great cost to ourselves.

It won’t go anywhere. It will just slowly eat away at us deep down and poison any chance for joy. Eventually it will still come to the surface – but by the time it does (if we leave it too long) it will have been twisted by its confinement into something infinitely worse than it was before.

I think that the best gift we can give ourselves is to accept we are all fallible.

Anyway enough of my pop psychology. All I’m saying is you have my permission to have the occasional duvet day, and a good cry if you need to.

I won’t think any less of you internet 😘

So – what did I eat yesterday and how much did I move my chubby butt for #onplanoctober?

It’s weigh in day tomorrow. Will Davey still be in the sixteen stone bracket after being naughty? Will the world keep turning if he isn’t? Will he forgive himself and move on? Will he judge himself kindly?

Discover all of this and more tomorrow!