I’m gonna get right out in front and just say it.

There. I’ve got it out of my system.

I have to hand it to J.J. Abrams (even though he only produced this time rather than directed) because not only does he know how to fill every shot with his trademark lens flare (and a look of gritty celluloid authenticity) – he really knows how to make an exciting, engaging, fan pleasing and actually in places quite surprising movie.

I honestly thought (having avoided all fan theory videos, spoilers and behind the scenes featurettes that I could) that there were just some things that would be a given.

Most fans thought Disney’s first attempt to rekindle the franchise was very much a thematic remake of ‘A New Hope’ (which was by no means a bad thing in my view) and because of that I for one expected ‘The Last Jedi’ to be very ‘Empire’ – but it’s not.

I won’t spoil any potential plot points for readers or say where I thought it didn’t work quite as well as it could have – but I will say if you love Star Wars then JJ has your back. You’re in good hands.

Buy the ticket, dress up like your favourite character and go to the cinema.

Today I’ve been out and about, blowing away as many cold and flu related cobwebs as I can before I start my new job on Monday.

Although I found out a while back that I’d secured it I’ve been doing my ‘new old job’ until yesterday when I took off one hat in preparation for a new hat and a new part of the office doing my ‘new new job’.

Starting at the Navigation Inn (point 6) I had been informed that this five mile circular walk took in some rural countryside, a couple of local pubs and a lovely stretch of (previously unexplored) canal. 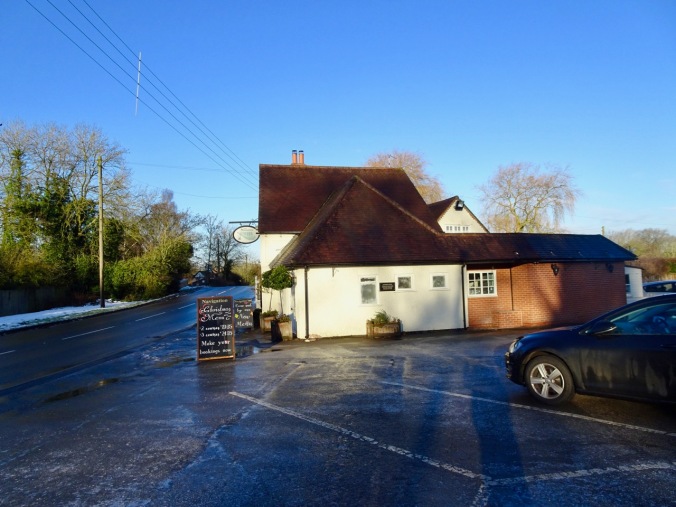 My friend is (ahem) prone to (ahem) taking accidentally scenic routes on the way to our destination and typically I’ve learned to add around 1/4 to the overall projected distance we might actually walk rather than just accept the initial estimate.

Truthfully I rather like this element of our excursions – and the fun of getting slightly lost has a pleasure all of its own. 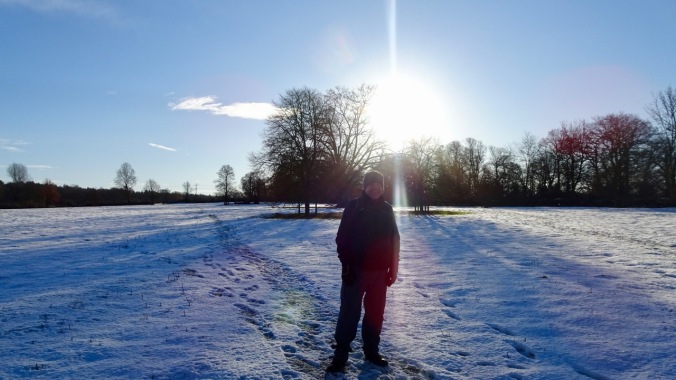 This photo, taken in a lovely snowy field should actually have never been taken, because by standing here we were already heading in completely the wrong direction.

To be fair to my friend however this is really easy to do when we go twalking because we rarely stop nattering – and I’m pretty certain that it’s this element of our time together that causes us to go ‘off piste’ so often.

The conditions were a bit icier than I expected today – as only a few miles away in Warwick pretty much all of the snow and ice from last weekend’s dumping has now melted away.

In parts our walk was simply a bit damp and muddy (particularly around Packwood House) where things seemed to have cleared up completely.

However – slightly further on and along the canal the absolute opposite was true – and anywhere that there was even the slightest bit of shade things were very different, with sheets of dangerous ice underfoot at pretty much every turn. 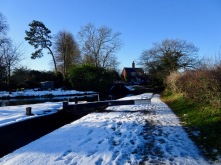 The waterway in particular looked spectacular – and the huge sheets of floating ice, partially broken by the passing boats looked incredible.

Most of the time however, both of us were just focused on not falling over or falling in – and trying to gain as much purchase underfoot as we could whilst looking at all of the really lovely bird life that can be found along the fields and hedgerows bordering the canal. 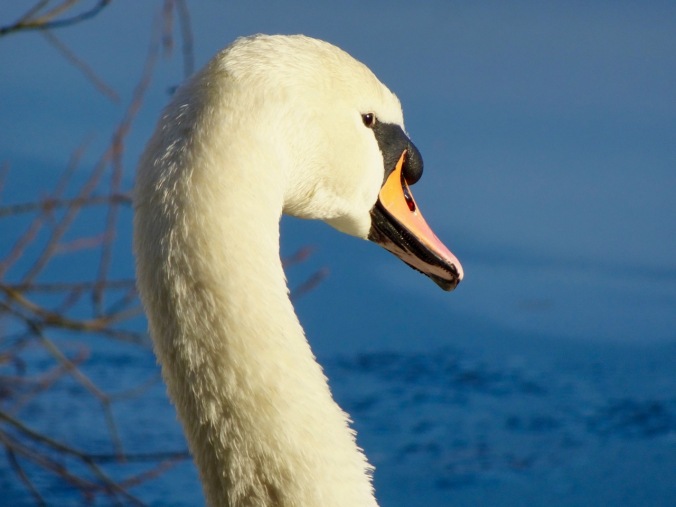 One of the slightly annoying things about Packwood house (which was approximately half way around our route) was the rather officious gatekeeper – who refused us entry to the coffee shop because neither of us were national trust members.

This wouldn’t be a problem however if we agreed to buy a raffle ticket each for a pound a go.

Although this isn’t much money (and it goes to a good cause) both my companion and I objected to the hard sell of the lady on the door and had decided to use the loo and keep walking instead. 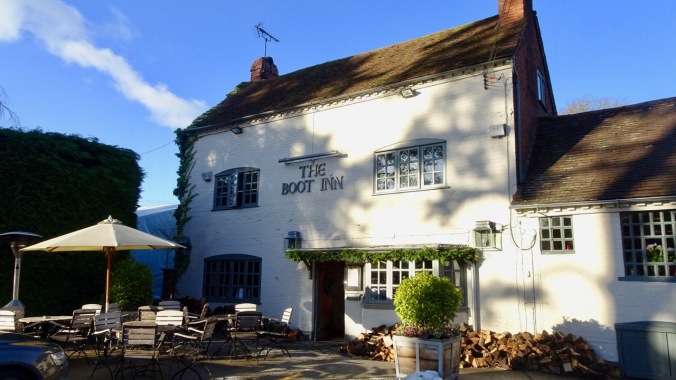 By the time we reached The Boot we were really ready for a drink – and boy was it an inviting little bolt hole.

Something I’d never really appreciated until recently was the warmth of an open fire.

It sounds stupid – but I never got cold in the past. I was always more than warm enough or simply too hot and sweating. Sitting in front of a fire was pointless – but today it felt sooooo good to take my gloves off and warm my hands by the lovely little fireplace near our window seat. 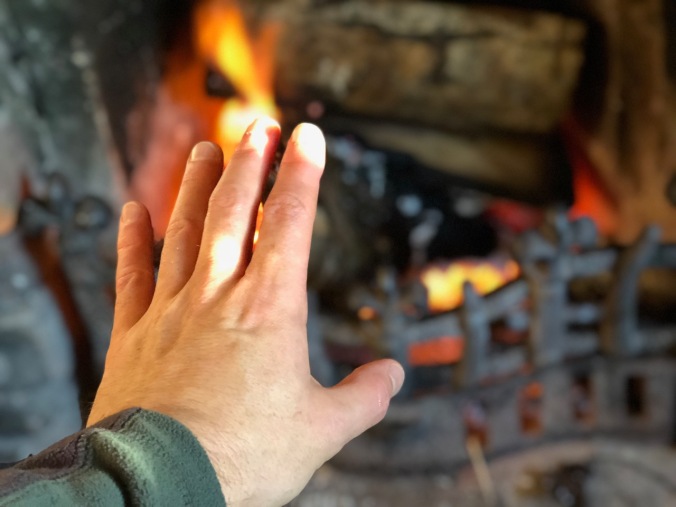 I mentioned this to my friend – and related to her how quite often I find a child like pleasure in things that others may take for granted.

A roaring fire is a pleasure I’ve never appreciated at any time in my life.

Even as a child I was chubby and never liked being close to any heat sources. Now I feel a continual need to drape myself around them whenever I find them.

After I passed my biscuit to my buddy and we drank our coffee we headed off for the last leg of our journey past the canal junctions (where the Grand Union and Stratford routes split apart) and back to the Navigation Inn. 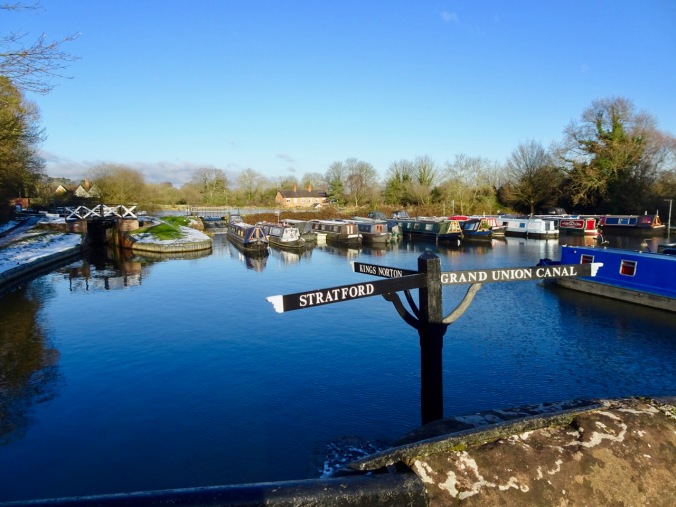 This wasn’t a particularly long stretch – but it was by far the most slippery and downright hazardous. Both of us nearly came a cropper on the ice a few times and had to balance against a wall or hand rail.

By the time the Navigation appeared (after seven and a half miles of twalking) both of us were ready for more caffeinated beverages and stopped in for coffee round two. 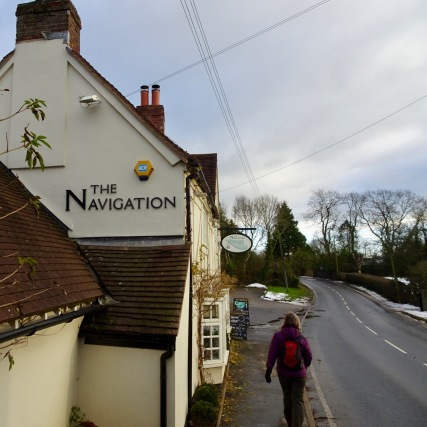 My companion of course got the Belgian biscuit and the sugar remained in its little pot.

After yet another satisfying natter to complement the previous natter (that had been preceded by a long natter and followed by further nattering) we drove home (whilst nattering).

For my part I decided to walk into town for a coffee before all the shops closed and that’s where you find me now.

It’s been a good couple of days and I couldn’t think of a better way to begin my last (long) weekend before I begin a fresh challenge.

However.. it’s not over just yet. There’s more to come over the following days internet!