Boxes are getting pretty tiresome.

There has been a lot of unpacking done over the last week – and now we’re down to the last few ‘sod it’ boxes.

These were the ones where the task of organising and packing at the originating end had become so tiresome that we lost interest and just threw it in a box.

In other instances there were just bits and bobs left that we decided were to be kept but that didn’t obviously go together with similar items in an easily unpackable collective container.

This is irritating enough – particularly when it seems like there’s no discernible end in sight – but also because we’re struggling in many cases to find room for the everyday items.

I’ve lost count of the bags of pasta and rice we now collectively have.

I’ve enough bacofoil to roast an elephant, enough cling film to wrap it in (as well as the herd from which it sprung) and enough greaseproof paper and muffin nests to make a lot of ele-cakes and ele-pies afterwards.

I also have more than enough Tupperware to store the ele-cakes and ele-pies in and enough knives and forks for a small army to eat them with.

If they can’t consume it all in one go then I have about a thousand food bags in which they can take their lunch home with them.

If the army returns (still carrying their packed treats) they can happily heat their meals up in one of the two microwaves that we currently have.

If that wasn’t enough there’s also a second sofa in our hall that we have no idea what to do with.

The original plan was to take it to the charity shop in the Leamington recycling centre – which was partially why we hired a van last week – but it seems that anything Transit Van sized is not allowed on to the site without incurring commercial vehicle charges.

If you want to go in as a residential customer then you can do so with six ‘free tokens’ that you have to apply for online. However you have to own the van in which the goods are to be transported and that needs to be registered in a Warwickshire postal code.

This set of hoops is particularly unhelpful if you’re a resident who hired a van rather than one that just happens to be lucky enough to own such a vehicle.

If you ask the council to collect your item instead they charge £35.

Even then the next pickup is at an ‘undetermined future date’.

We’re trying to do the right thing but the powers that be don’t make it easy.

Charities also won’t collect for weeks (and want the item to be ‘saleable’ but aren’t particularly specific about what that means leaving me unsure about whether or not to schedule an appointment weeks in the future only to be told it’s not wanted) so if we want to see the back of it then we’re basically in a position where I have to take a hacksaw to it or leave it in my hall permanently.

I might try my luck on Facebook and see if anyone wants it before I get the power tools out though.

Worse things happen at sea I guess – and today is weigh in day.

I know that I’ve lost weight since I last stepped on the scales – but how much is still to be determined by the official scales at group. 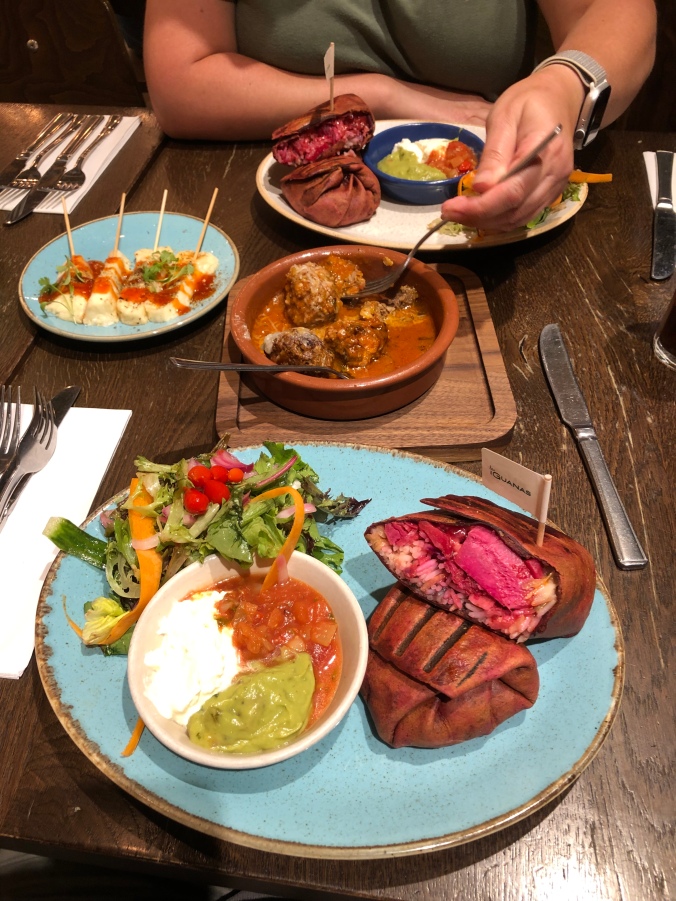 Well a week and a half of making good food choices (even when eating out) and cooking great meals for two appears to have paid off – and although I’ve not yet sorted out the gain from two weeks ago I’m on my way to getting things under control. 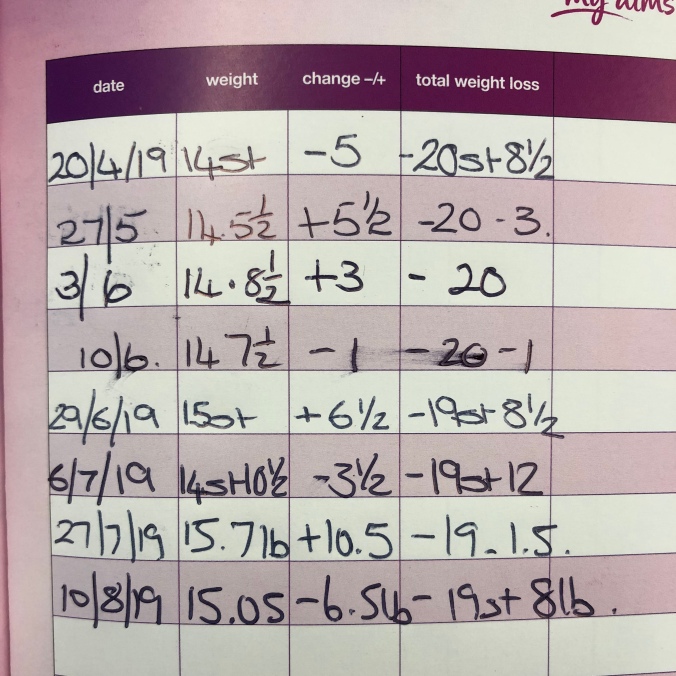 It’s annoying to see blips like this – but also encouraging to remember that they are just that – blips – and that there’s no point turning a molehill into an insurmountable mountain.

It will come back off eventually. I just have to keep on chipping away at it. 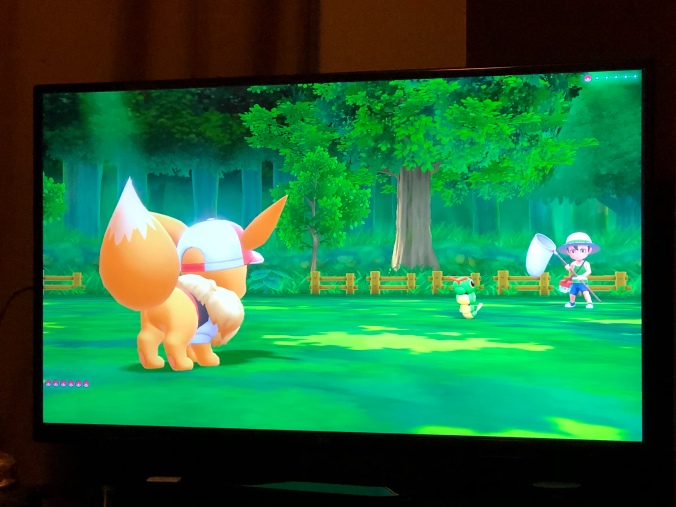 In the meantime, between boxes there have been moments of blissful normality where I’ve been able to continue introducing friends to my partner, and (whilst I’ve been writing this) watch her indulge her passion in Pokemon – which she’s been playing the new demo of on my Nintendo Switch.

As a detached observer of this gaming phenomenon over many years I’ve never quite managed to figure out the allure of it – but if there’s one thing that I do love it’s watching someone take pleasure in an activity.

That lady loves to catch Pokemon!

She also knows all of their names!!!

I can totally get how games like this can suck people in – and it’s quite comforting to know that whilst different genres may float our particular boats, once again we are more alike than we are different.

As comfortable as we feel on this score however we can’t yet see a point where every possession we own has a home. That seems to be light years ahead in the future.

There is however a distant light at the end of the tunnel because we can now see the (middle of) the dining room carpet again – and if nothing else that’s cause for celebration.

All we have to do now is find a place to put the Ikea delivery that’s coming in the very near future.

That’s a worry for another day though.

Tonight I go to bed a happy (and slightly lighter) man, because behind the bedroom door the mountain of folded cardboard is now a little bit higher.

One thought on “Box throne”