I’ve never taken much notice of toilet roll other than to consider it’s strength or absorbency – but this week I’ve been considering it in terms of longevity.

I was amused (somewhat darkly I might add) by a news article about a Scottish pensioner who (when frustrated in his attempts to find any local stocks of his preferred wiping material) resorted to a more ‘make do and mend’ approach (link).

His innovative solution was to cut his old shirts up into strips that were (post ablution) dropped into bleach and water and left for a day or so before a rinse and repeat procedure the following day.

I guess he’s lucky that in pre-cataclysm years he’d chosen to spend a little more on a soft oxford weave when shopping in M&S – and (probably because of this) reported that the comfort levels associated with this DIY approach were unexpectedly high.

Furthermore he vowed never to go back to being held hostage by Andrex or their competitors.

There’s an imbedded video on the page in the link above that I haven’t had the guts to click on – but if you’re feeling intrepid and not eating dinner then be my guest.

Mostly because this man reminded me of my own father (who has for many years ripped sheets of toilet paper into strips to make it last longer) I couldn’t help but laugh.

As I mentioned in a previous blog this appears to be something of a global preoccupation – and the current apocalypse seems to have uncovered a primal fear that people seem to have about being unable to wipe their bottoms.

In my case I’m bemused.

If I got caught short I would frankly just moonwalk to the bathroom and resolve any pressing issues during a nice hot shower.

Despite this overall lack of concern I realised that I had no idea how long a roll would last in my house – just that since my partner moved in a packet that used to last quite a while now went down a bit quicker..

So – on Tuesday morning I ripped the inaugural sheet from a fresh roll and decided to see what happened.

I would at no point be trying to cut down – and if anything I’d flagrantly disregard any thoughts of sheet economics. My derriere would receive the same intimate attention that it always had – and all due diligence would be applied to the task at hand.

By the time Sunday afternoon rolled around (pun intended) there was still a teeny tiny bit left – meaning that in our house a toilet roll lasts almost a week. 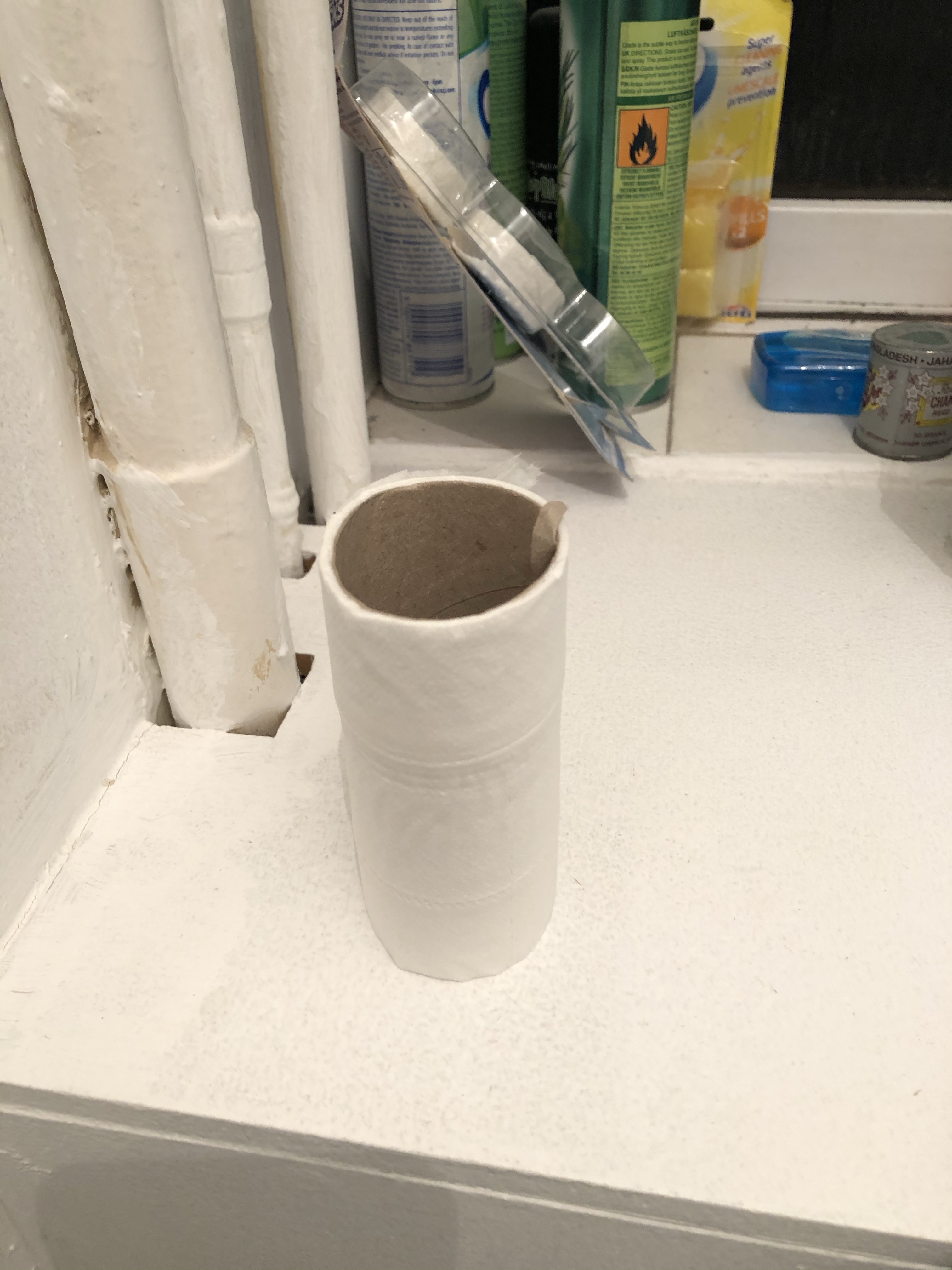 One has to ask in this case why on Earth anyone would need 48 toilet rolls (I’ve seen trollies being pushed out of Aldi with four packs of 12 in them). This trolly would last almost a year in my house before I had to resort to ripping up my shirts and filling a bucket with bleach.

I have to admit that thinking about things like this (and the amusement it causes me) is one of the unexpected side effects that the current crisis has had.

For all the horror and worry surrounding Covid-19 there are certainly things that are capable of making you smile – and I’m probably more likely to see the lighter side of things than I otherwise normally would have today because I’ve had lots of glorious sleep.

Last night I passed out at around 8.30pm and didn’t awake again until around 6am this morning – at which point my beloved and I elected to take our daily exercise in the park during the early morning instead of going out in the late in the evening.

After all – if you’re only allowed out once a day for exercise then it might as well be uplifting – and I’m sick of walking circles around the local area in the cold and dark.

It meant that I was rather sunny side up when I arrived at work today – and since I’m sitting in an empty office on my own for the majority of my day I embraced an approach that I’ve never used before during support calls.

Although it’s not always appropriate there are times when being able to see what a user is doing when you’re trying to talk through a problem is absolute gold dust – so I unleashed the power of my iPad.

It also had another side effect.

You can look people in the eye, smile, interact and gesture to them. It also makes all the difference when you’re talking to someone who’s been stuck at home with no-one but the dog to talk to for two weeks whilst they’re self isolating.

I was still smiling whilst walking home – and that smile was still there when I got back and plonked myself in front of the telly. Furthermore I actually found myself laughing out loud when I saw this.

The whole of Llandudno is in lockdown – and in the absence of human beings the local goats appear to be making hay whilst the sun shines.

Watching them on YouTube clamber over garden walls to eat the bushes of local residents really made me giggle, and reminded me that even in the darkest of moments there are shafts of light that peep through.

So I guess the message is ‘only buy what you need to wipe’.

Or it could be ‘there is more than one use for shirts’.

Or it could be that ‘goats shall inherit the earth’.

I’m not sure what I was trying to say except that goats don’t worry about wiping their asses – and maybe thats why they’re happy to stand on a garden wall, have a poo and just carry on munching the privet.

Maybe we should all just be more goat.

4 thoughts on “Roll with it”